With animals as the main characters, what better place is there than the local zoo to inspire writing a fable?

That’s where the Lifestyles for the Disabled’s College Group met while participating in a Writing a Fable Workshop. The Staten Island Zoo inhabitants stirred the imagination for the creation of some funny, rebellious, sympathetic and charming characters in the collection of Lifestyles Foxy Fables.

Sometimes the characters deal with everyday life and longings of  living with a developmental disability, sometimes subtly and sometimes more overtly. The leap to drawing a moral led to reflections on friendship, kindness and self-preservation.

Here one fox steps in to mediate; another other quickly thinks of a fun date.

The Leopard, The Alligator, the Kudu and the Fox by Cindy Lopez


Leopards are admired for their beauty and swiftness, including one who drives a Ford Bronco.

DOTTIE THE LEOPARD AND SPOTTIE THE PIG


The Leopard and the CardinalAlan

An unusual peacock makes for a rebellious leader.
THE PEACOCK, THE SLOTH, THE MONKEY

Although fables were a new genre for the Lifestyles College Group, writing independently is not. Professor Mary Zanfini of Empire State College has guided them in nature journal writing and poetry writing, among other projects. 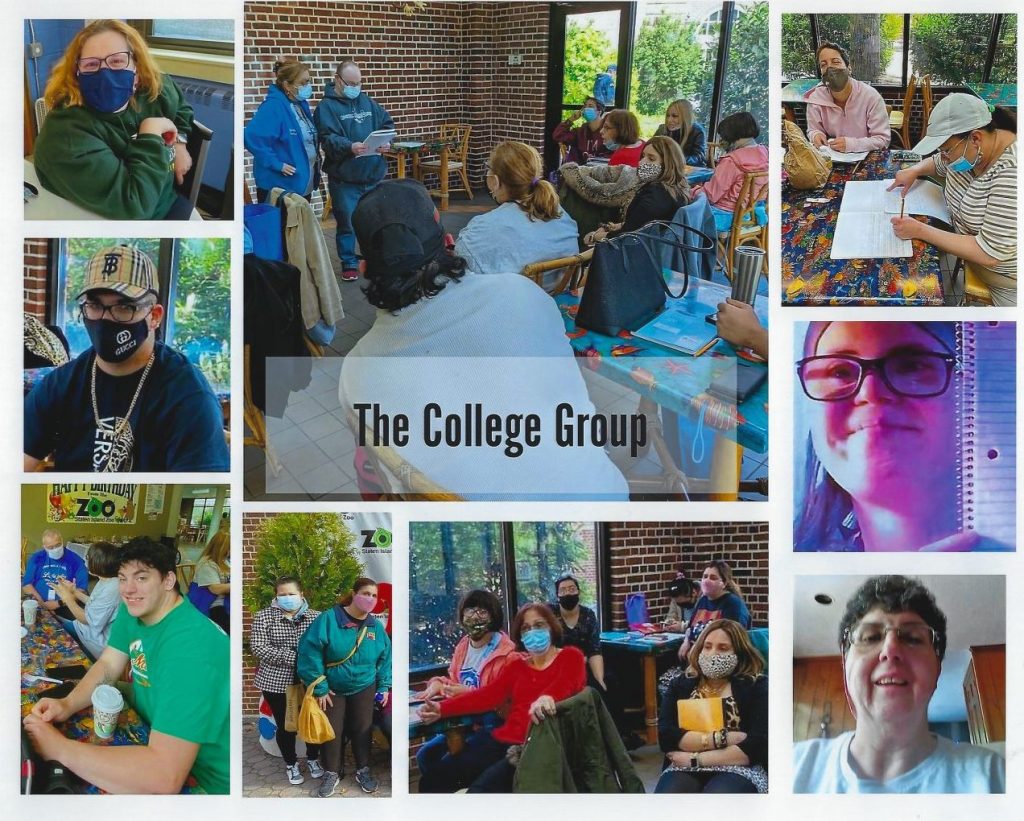 In the Fable Writing Workshop, the group was prepared to create individual fables with the help of their teacher Louise Vallario, staff Jeniffer Acanfora and Henry Wakie, and facilitator Kathryn Carse who conducted the workshop with a grant from Staten Island Arts. Most important was the discussion and feedback from each other. That sometimes happened in discussing morals as it did with this fable Jane about the Lemur.  She learns how to enjoy friends rather than be bothered by people making fun of her — not always an easy thing to do.

THE LEMUR, THE SLOTH, THE RABBIT JenniferR


Another Lemur, King Julian, has impressive strength, but learns another kind of strength.
THE FOX AND THE LEMUR

An ostrich named Billy uses his height to see the larger picture and another, named Zoe, is quite the opposite as she threatens leopard cubs.

The Leopard and the Ostrich

THE LEOPARD AND THE OSTRICH

A Kangaroo with no direction has his life changed. Another Kangaroo makes a friend by being open-minded about differences.

THE KANGAROO AND THE BALD EAGLE


The KANGAROO AND THE GOAT

Finally one monkey gets a game organized; another, a reporter, features a leopard family in the Daily Zoo Newspaper.

THE BIRD, THE FISH, and THE MONKEY


Part of a collection of Lifestyles Foxy Fables, these zoo-inspired stories are just one set of the fables they wrote. The others are a variation on the same character and plot – The Cat and The Horse who meet on a lonesome country road and then deal with a thunderstorm that breaks out.

Read them here: Lifestyles for the Disabled Foxy Fables: The Cat and The Horse.
Find more Foxy Fables from the Media and Arts Group: Writing a Fable: Stories and Words to Live By

The idea for writing fables together is inspired by Marie Ponsot, a poet and teacher, who presents the exercise in “Beat Not the Poor Desk,” her book on teaching writing.

This project is made possible by a DCA Premier Grant from Staten Island Arts, with public funding from the New York City Department of Cultural Affairs.