Commentary written collaboratively by Aread Diaz, Anthony DiFato, Kareem Ellison, Frank Faretra, Matthew Ianelli, Joseph Jones, Michael Smith, with Edward Gregory.
Darius McCollum, a convicted train thief with Asperger’s Syndrome, will be getting mental help, instead of jail.  Will it be the kind of help he needs; will he be locked in an asylum; or will he be treated and released back into society?  What kind of help he gets, the courts will decide.  Life-Wire News Service has some opinions on the subject.  Here’s what we think: 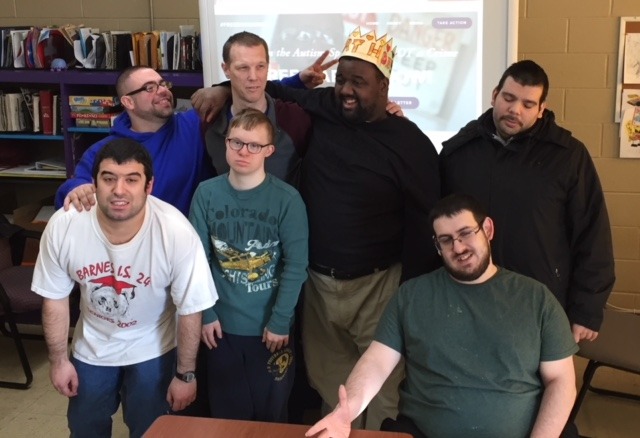 Darius McCollum needs justice, not injustice from the justice department.  In fact, they put him in jail for a mental disorder that they know nothing about. How can you lock someone in an institution when he needs help? Being in a psych ward is like being in Hell, and that’s not fun.  Most people don’t or won’t understand his love for the transit system and calling him a thief.  Sometimes it’s hard to understand his mental disability. –Joseph Jones.
If he has a disorder, they should allow him to go to the hospital for his disorder.  They should help people when they have a disorder, not put them in jail. -Kareem Ellison
He needs help because he stole trains. Be good to yourself and others.  Do not send Darius to jail; he needs psychological help.  –Frank Faretra.
He’s a good bus driver and I seen lots of buses and I’ve seen a lot of people drive them.  Sometimes I see people drive the trains.  He needs a job, a career and mental help. –Michael Smith.
He should go to the hospital because he steals buses and trains, so he can get better.  –Matthew Ianelli.
People spend a lot of time talking about him as a notorious criminal.  But all he does with these vehicles is what the normal bus drivers do; but people say he does it better.  –Anthony DiFato.
He’s not that bad at all.  He needs help. If he doesn’t get his help, he could spend the rest of his life in jail or an asylum.  -Aread Diaz
We encourage the judge and the justice system to do what’s right for Darius McCollum.
Find out more at Free Darius Now Online.
Here is our recent review of the documentary: Off the Rails: Story of a One-Track Mind.