Geraldo Rivera helped cut the ribbon to Willowbrook Walk, a mile-long path to honor people who suffered at Willowbrook State School, today, September 14.
The reporter who exposed the horror of Willowbrook was joined by William Fritz and Michael Kress of the College of Staten Island (CSI); Diane Buglioli, Co-Chair of the event and Deputy Executive Director of A Very Special Place; NYS Assemblyman Michael Cusick; and many others, including Bernard Carabello, a former resident of Willowbrook State School who now works a patient advocate for the NYS Office of People With Developmental Disabilities.
“I came to this place as a local reporter for Channel 7, Eyewitness News,”  Rivera told

reporter Joseph Padalino. “I had some doctors who told me I had to come and see how bad conditions were here.  They got me a key so I could get in and film the conditions, which I did.”
“The problem wasn’t that people didn’t care.” Rivera continued. “The problem was that the whole notion that you could mass-produce care for the developmentally disabled the way you mass produce cars was very deeply flawed.  It was doomed to fail.  It was very archaic and it was primitive and thank God it’s now part of distant history.”
“I’d been at Willowbrook for 18 years!” Carabello told reporter Dolores Palermo. He said it was “bad, bad.  The worst place I ever lived. Geraldo came and asked for me at Willowbrook. And that’s how I got out.  He got me out. Now I work for OPWDD. I’m an advocate. I advocate for people who can’t talk for themselves.”
“I’m just so proud to be a part of this,” Cusick told reporter Gregory Perosi. “…because this will show the history of Willowbrook and what it has become.”
Mr. Padalino observed that if not for people like  Rivera, “I would have been in Willowbrook, but I wasn’t. Thank you very much, Mr. Rivera.”
The Willowbrook MIle is a self-guided tour of the former campus of the State School.  It spans the campus of the College of Staten Island and New York State properties that still house services for people with disabilities.  Stations on the walk include a commemorative Memorial Garden Plaque, Building 29 which housed more than 100 residents, The Willowbrook Archives and Special Collections at CSI, the Institute for Basic Research, and the Elizabeth Connelly Center.
For more information on the Willowbrook Mile and to download their brochure, visit there website at http://willowbrookmile.csi.cuny.edu/about-willowbrook-mile.
– This article was written by the Life-Wire News Service staff, with specific contributions by Anthony DiFato, Anthony Buscarello, Jonathan Chernok, Anthony Kefalinos, Joseph Jones, Dolores Palermo, Joseph Padalino, and Gregory Perosi with Kathryn Carse and Edward Gregory. 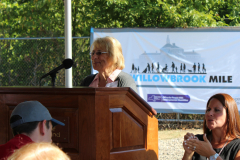 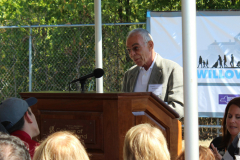 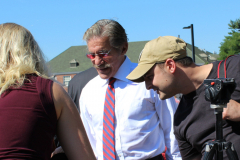 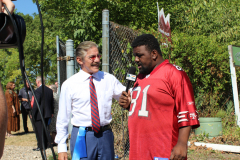 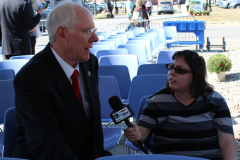 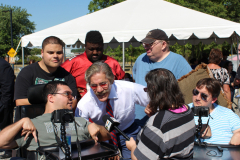 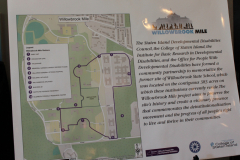 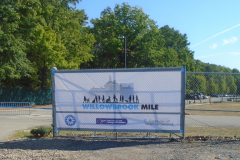 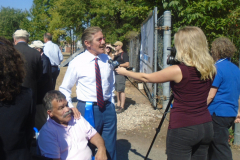 Every donation counts and helps us helps the amazing people we work with every day.